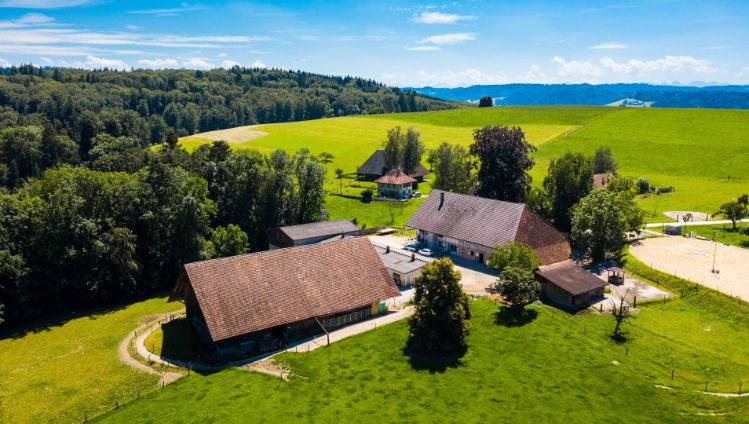 A farm that nurtures both cows and the environment: Beat Brönnimann

A diet of fresh grass all year round and a summer spent grazing in the Alps – Beat Brönnimann’s cows have a really comfortable life. He explains how “seasonal calving” works, what “full grazing” means and why it is animal-friendly and sustainable.

Our farmers are making a difference: in the video series “Our farmer ambassadors”, we present the people who supply the valuable raw ingredients to our production facilities, from which we make high-quality, delicious dairy products both now and in future: sustainably produced milk.

“I enjoy producing food and find my work meaningful,” explains Beat Brönnimann, describing his passion for his job. His career path has not been very typical: he didn’t grow up on a farm himself, but he always knew he wanted to become a dairy farmer. The way that he runs his farm is also a bit different. His cows only calve once a year in winter. In summer, they “vacation” in the Alps. There, they always have access to fresh grass or hay, meaning that no grains or similar foodstuffs need to be added to their feed. Brönnimann’s farm is therefore both resource-efficient and animal-friendly.

“I became a farmer because I always wanted to be one – even as a child, despite the fact that I didn’t grow up on a farm. I still love my job to this day.” 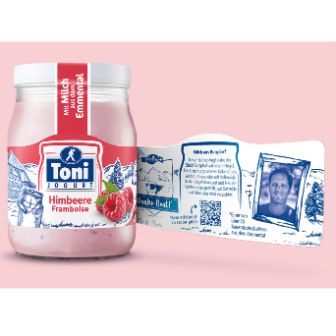 Beat’s cows, which return from the alpine pastures in mid-September, always bring back the basis for alpine raclette cheese, which is sold at the Burgdorf weekly farmer's market. The rest of the milk goes to the calves and to Emmi, which uses it to produce top products, including Toni yogurt, which was launched last year. Beat is featured on the label as an ambassador. This partnership has been great for Emmi and Beat. He can rely on the milk processor to pick up his milk, including at irregular intervals. 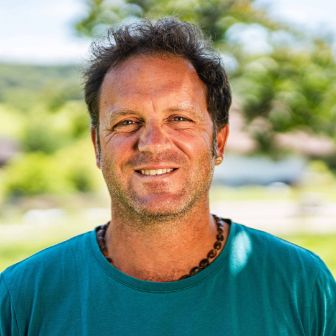 The long-standing partnership with our regional dairy farmers has always been of particular importance to us: it is characterized by trust, proximity to the source and an awareness of quality. Through this close collaboration, we contribute to value creation in rural regions and stay close to the core of our products, high-quality and increasingly sustainably produced milk. Together, we create added value and make sustainable dairy farming the norm. To further strengthen the partnership and focus on the families behind all these excellent dairy products, Emmi launched the Emmi farmer ambassadors project in 2018. Photos and videos that offer a vibrant insight into the day-to-day life of around 300 Emmi farmer ambassadors can be found at emmi.com/farmer-ambassadors.

Caring for our communities 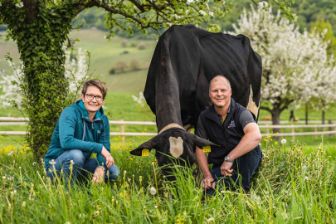 #Sustainability - 2 September 2022 | Cows, feed, wine... it’s not just milk that’s produced at the Bächlihof farm in Oberflachs. The Käser family grows most of the food for their animals themselves. The family is also particularly proud of their two and a half hectares of vineyards. “The vineyards here go back to Roman times,” explains Stefan Käser. 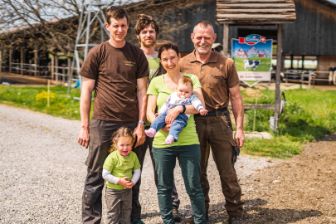 #Sustainability - 12 August 2022 | Around 130 cows live on the Suter family farm. Peter Suter knows each one by name. It is clear to him that the cows do just as well on his large farm as on a small one. They have plenty of space and many helping hands to take loving care of them. 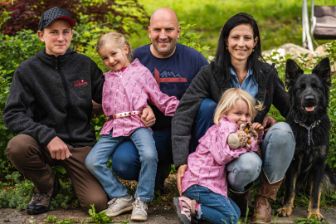 #Sustainability - 1 July 2022 | Blue, red, pink, green – the Aebi family’s wildflower strip, which they sow every year, blooms in every color. Diversity is a top priority for them – not just for their flowers, but also for their cow breeds. 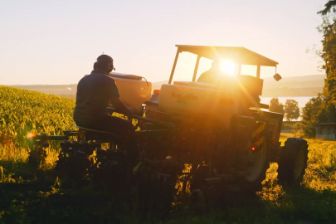 13 May 2022 - The Trüb family has avoided the use of fertilizers and pesticides since as far back as Simon Trüb’s great-grandfather. What was considered a pioneering spirit back then, Simon continues today out of conviction: he runs his farm according to organic standards.