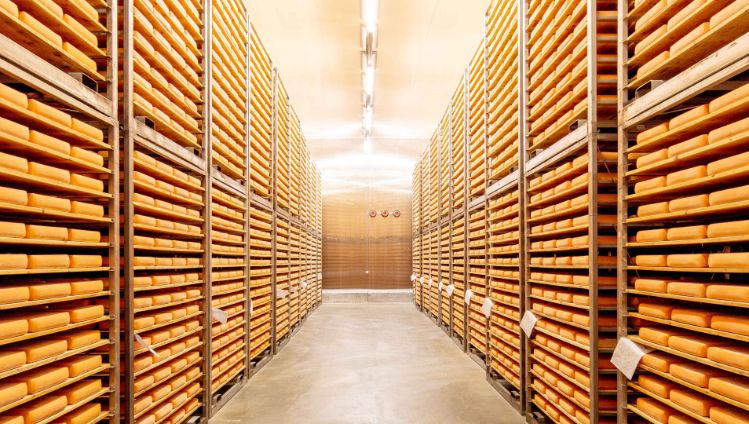 Emmi Landquart: 100 million kilograms of milk made into cheese

The cheese production facility in Landquart specialising in raclette cheese has surpassed the 100 million mark. This is the largest volume of milk that has been processed within the space of one year at the site, which has been leased by Emmi since 2003. This success story has been fuelled by the rising demand for raclette in Switzerland and the huge popularity of Swiss large-holed cheese in the USA.

When the cheese dairy in Landquart was built in 1993, the focus was firmly on raclette cheese. Thanks to the generous available space, in 2006 Emmi was also able to diversify into large-holed cheese.

The cheese started to become more and more popular among Americans, with exports of Swiss cheese, as they call it, from Switzerland to the USA rising from 1,666 to 4,451 tonnes over the last ten years (source: TSM Treuhand). Demand was so strong that a second dairy for large-holed cheese was put into operation in 2016.

Major milk consumer and employer in the region

Rising production and the associated growth in demand for milk has provided the some 650 dairy farmers from the local vicinity (Grisons, St. Gallen, Glarus, Schwyz) with a secure buyer for their milk. "There are rarely any fluctuations in volume. The machines run at full capacity at least 80% of the time," explains Werner Sutter, who is the long-standing manager of the site.

“There are rarely any fluctuations in volume. The machines run at full capacity at least 80% of the time.“

This year, the site even managed to surpass the 100 million-kilogram mark. Rising production volumes have also created more and more jobs, increasing from 28 in 2003 to 55 today.