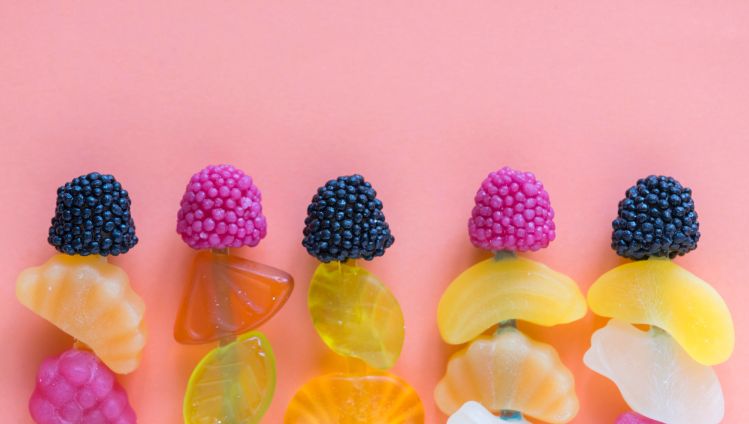 Many intend to do it, but only few actually see it through: giving up something for Lent. Sugar is pretty high on the list of things people choose to give up. But that doesn't mean you have to give up great-tasting food. We've got some great ideas for treating yourself during Lent.

The period between Shrove Tuesday (Pancake Day) and Easter is Lent. Unlike the other two customs, Lent is no longer that commonly practised today. When it is, this is more often than not driven by feelings of guilt. One of the difficulties is that sugar is something people struggle to do without. Nonetheless – or perhaps for that reason – attempts are being made to lower general consumption. Emmi has been continuously reducing the sugar content in many of its products while at the same time launching new lines that contain significantly less added sugar. 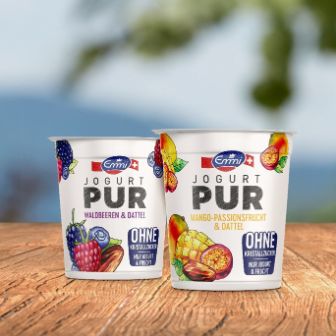 In the world of Emmi you'll find a number of products that allow you a little indulgence during Lent without abandoning your good intentions. New Jogurtpur contains no added granulated sugar and is sweetened only with dates. While it tastes less sweet than regular yogurt, it has a subtle flavour and makes an interesting change.

The two mini yogurt drinks Aktifit Banana and Mango also come without added granulated sugar. Even without added sweeteners, the mini drink retains its fruity taste and makes you ready for the challenges of everyday life. 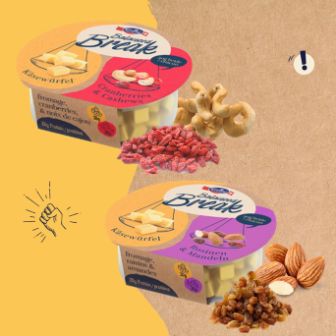 A new snack that's healthy yet full of flavour is also set to hit the shelves on the end of March. “Balanced Break” consists of three elements: cheese, nuts and dried berries. On one side you'll find cubes of Swiss hard cheese, and on the other a mixture of cranberries and cashews or raisins and almonds. Together they are a balanced and tasty snack option. What's more, the packaging tray is made from 80 per cent recycled PET.

It doesn't have to be zero sugar

For many, Lent is about cutting back and consuming less. It's often difficult to give up sugar completely. And this is a shame – sweetness triggers a general sense of well-being because evolution has taught us to recognise it as a source of energy. It's the quickest way to satisfy hunger. However, this doesn't mean we should consume lots of sugar, though it does go some way to explaining the desire. 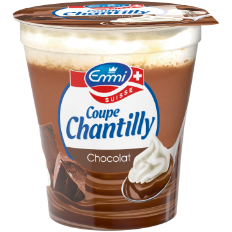 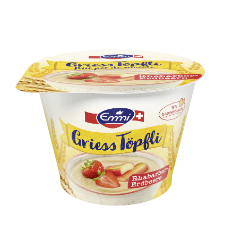 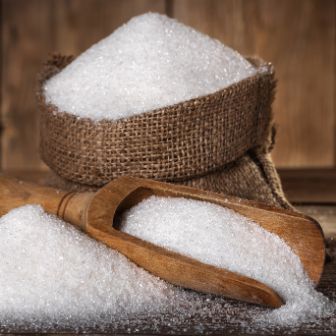 Worth its weight in gold

The “sweet temptation” has a long tradition in our culture. In the early Middle Ages, sugar was predominantly available in the form of fruit or honey. The Crusaders brought sugar cane to Europe in around 1100 AD, but it was so expensive that it was at times equivalent to gold or silver in value. Widespread cultivation in the Caribbean later caused the cost to drop somewhat, though sugar still remained an expensive luxury item that only the rich could afford.

Sugar used to be considered healthy

In a documentary exploring the cultural history of cooking and eating, the famous German Michelin star chef Christian Rach explained how the term “dessert” came into existence in the courts of France in the 17th century. Previously, aristocratic circles in Europe had made no distinction between sweet and salty. All types of dishes were laid out together on the table, with most being sweetened because sugar was considered to be healthy. Even oysters and fish were served up sugared.

When dessert began to grow in popularity as a course separate to the main meal, the creativity of chefs and confectioners knew no bounds. True sugar artworks were created – in Venice, even cutlery, plates and napkins were made out of sugar! 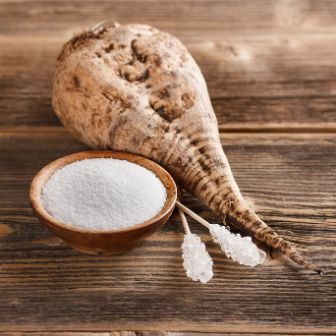 Sugar just for the rich? That has not been true for a long time and today, this former “white gold” is affordable to all. We have a German natural scientist, Franz Carl Achard, to thank for this. Thanks to him, it became possible to extract sugar from the domestic sugar beet. The first sugar beet factory in the world was built at the start of the 19th century. Sugar could therefore be mass produced. 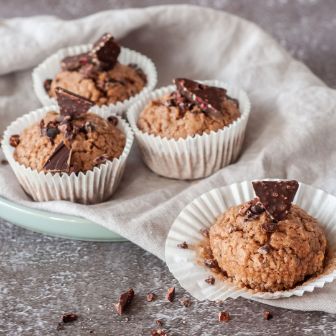 Dessert is part of our way of life

Today, it is hard to imagine life without sweetened food. An exquisite dessert after dinner is often the culinary highlight of an evening. It's interesting to note the preferences of different countries: in France, Spain and the U.K., mousses or puddings in their various guises are most common. The Swiss are more inclined to have pastries and sweets, an area in which they are among the best in Europe. Also striking is how sweet treats are often quite traditional. For example, Emmi’s Coupe Chantilly and Griess Töpfli have been very popular desserts for many years. Even during Lent.

Our advice: don’t deny yourself sugar but be more aware of how much you eat and opt for reduced sugar alternatives where possible.