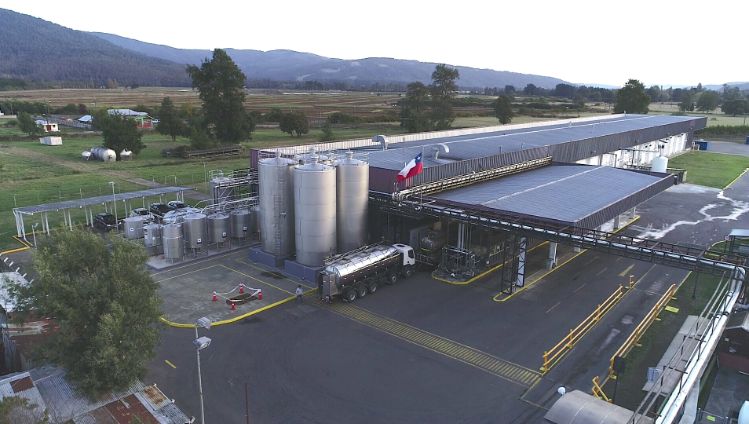 Surlat, the existing Emmi company in Chile, is merging with competitor Quillayes to form Quillayes Surlat. The newly founded company will be the number four in the Chilean dairy market. Emmi subsidiary Kaiku will hold a majority stake of 51.5 %. The acquisition is subject to approval by the local competition authorities.

Strengthening its international presence is a key pillar of Emmi’s strategy. Some of the desired growth is to be achieved in growth markets – such as in Latin America. Through its holding in Mexican company Mexideli and the recent increase in its stake in Brazilian company Laticínios Porto Alegre Indústria e Comércio S.A., Emmi already has notable positions in these markets. Emmi is also present in the Chilean market in the form of local company Surlat, through its majority stake in Spain’s Kaiku Group. Agreements have now been signed as of 29 August 2019 to merge Surlat and Quillayes to form the new company Quillayes Surlat. Kaiku will hold a majority stake of 51.5 % in Quillayes Surlat. As a result, Emmi, which holds 73.5 % of the shares in Kaiku, will have a 37.8 % stake in Quillayes Surlat.

A long-established, innovative brand with a stable market position

Quillayes produces cheese, yogurt, butter and cream in Victoria (southern Chile) and Calera de Tango (close to Santiago). It has developed a solid market position, especially in the cheese market, and particularly with fresh and soft cheese and speciality cheeses, but is also well established in other segments and in distributing imported branded goods. Quillayes is a long-established brand with high recognition, which is one reason why its name is used first in the new company name. Surlat’s key segments are UHT milk and other dairy products, particularly in the lactose-free area. 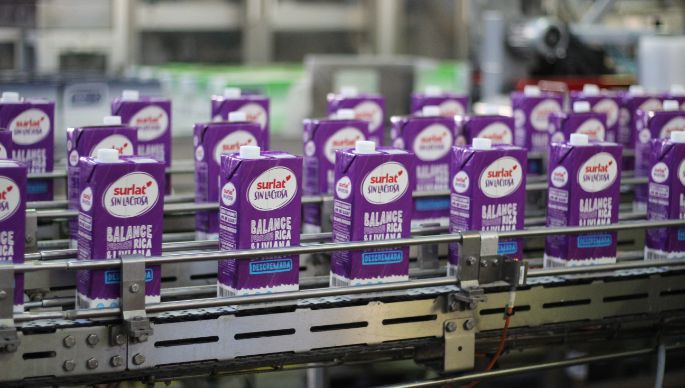 In 2018 Quillayes generates sales of some CLP 50,000 million (approx. CHF 70 million). Surlat recorded net sales of around CLP 70,000 million in 2018 (approx. CHF 100 million) and has reported growth in a challenging market environment over the past three years. The merger will make Quillayes Surlat the number four in the Chilean dairy market. The move will take Emmi’s sales in Chile to approx. CHF 170 million. “The merger strengthens Emmi’s presence in Chile, reinforces our involvement in Latin America and opens up new potential,” explains Emmi CEO Urs Riedener. The economic situation in Chile is stable in comparison with other Latin American countries: the government pursues business-friendly policies. 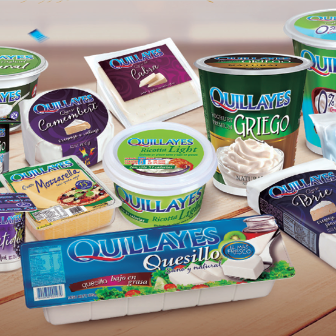 Quillayes is a family business that has a strong position in the dairy market and among Chilean consumers thanks to its ongoing commitment to quality, innovation and differentiation. Founded in 1958 by the Tagle family, it focuses on the production and marketing of dairy products with high added value, including fresh, matured and speciality cheeses, yogurt and butter, as well as other categories such as pasta and premium juices. Quillayes’ drive as a company is reflected in its commitment to offering end-consumers a varied, high-quality mix of products. Its professionalism, quality and innovation have made it a respected brand in the country. With more than 400 employees and two production sites in Calera de Tango (Santiago Metropolitan Region) and Victoria (La Araucanía Region), Quillayes generates sales of around CHF 70 million. 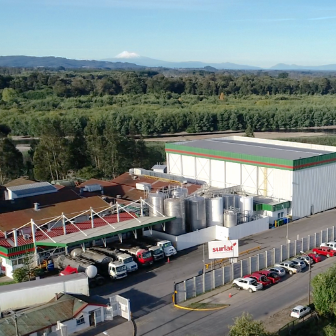 Surlat was founded by Kaiku and a cooperative of Chilean milk producers in 2001. In the following years, Surlat then positioned itself as a key player in the national dairy industry, in particular with UHT milk and a high-quality lactose-free range. In addition to these products, it also produces yogurt, probiotic drinks, butter, cream, milk powder and cheese at its two production facilities in Pitrufquén and Loncoche in the La Araucanía Region. The wide product range is distributed nationally under the Surlat brand and customers’ private labels. The company also has distribution centres in Concepción and Santiago. It generates sales of some CHF 100 million and employees around 450 people.