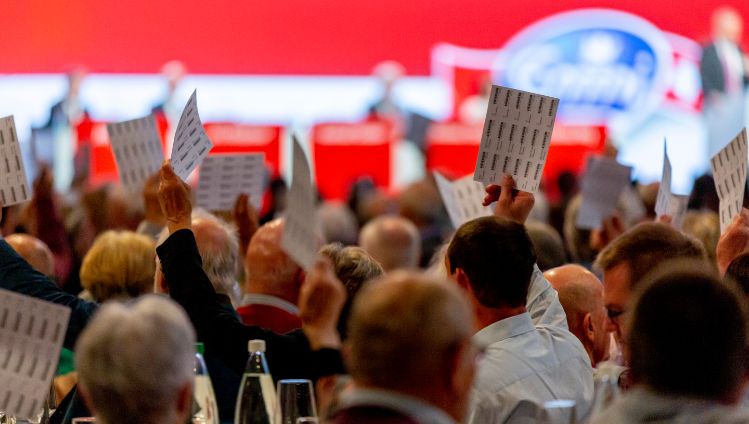 At today’s General Meeting in Lucerne, the shareholders of Emmi AG approved all the proposals put forward by the Board of Directors. The meeting was attended by 1,458 shareholders, representing 4,351,102 of the registered shares or 81.33 % of the share capital.

The shareholders approved the distribution of a dividend of CHF 9.00 per registered share (previous year: regular dividend of CHF 7.00 plus special dividend of CHF 3.00), made up of CHF 8.00 from retained earnings and CHF 1.00 from the recognised capital contribution reserves (agenda item 3). The dividend will be distributed on 17 April 2019.

Approval of the total amount of remuneration

For detailed information please see the Invitation to the General Meeting 2019 and the Compensation Report 2018.

Confirmation of outlook for 2019

Konrad Graber, Chairman of the Board of Directors, confirmed the outlook for 2019 first published in March: “Emmi is in a strong position. We are now able to count on a broadly diversified portfolio of companies and products. As such, it is by no means presumptuous to be optimistic about 2019.”

The company also confirmed the forecasts for organic sales growth and earnings in financial year 2019 first published in March:

Leading exports include Emmi Caffè Latte and Kaltbach. In other countries, its products – mainly speciality products – are manufactured locally. Alongside cow’s milk, it also processes goat’s and sheep’s milk.