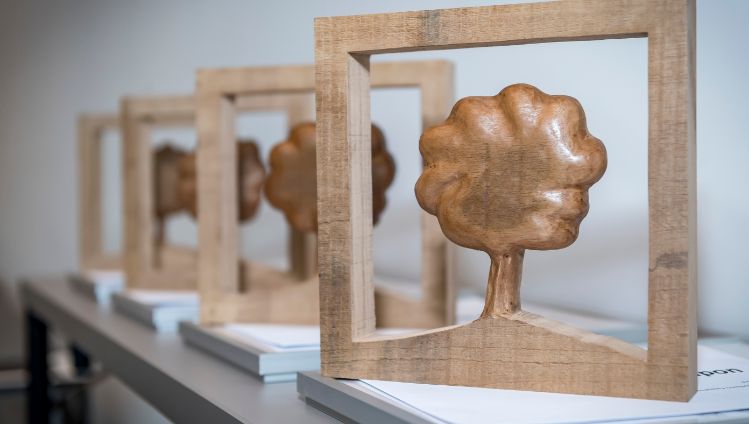 At the start of 2018, Emmi gave its employees the motto “We are proactive and not afraid of hard work – together”. No fewer than 20 projects – including seven from abroad – were submitted to the jury. On 12 April 2019, the best approaches to achieving a great deal together under time and work pressure received awards. First place went to an anti-food waste project.

Emmi has been holding an annual Sustainability Competition since 2012. It is launched at the beginning of the year with a motto. Employees can then voluntarily develop projects in line with this motto. If such a project is implemented successfully, it is eligible for the Emmi Sustainability Award at the end of the year. A jury comprising internal and external experts – headed by WWF Switzerland for the last two years – evaluates the projects submitted. The awards ceremony is then held in the spring.

The interpretations of the 2018 motto “We are proactive and not afraid of hard work – together” were many and varied. The most convincing idea was to use an internal online platform to place surplus products within Emmi, thereby reducing food waste.

While the Emmi Sustainability Competition was initially a purely Swiss affair, in recent years, employees abroad have also been encouraged to develop their own voluntary sustainability projects. Seven of the 20 entries assessed by the jury this year came from abroad, which is extremely pleasing. And the quality of the entries is also increasing. An impressive water-saving project with a big impact by Vitalait (Tunisia) and a packaging project by Redwood Hill (USA) also secured places on the winners’ podium. The jury also decided to present a special Lifetime Award this year. Over the last decade, Switzerland’s largest production site in Ostermundigen has achieved impressive improvements in all key environmental indicators. Long-standing site manager Isidor Lauber and his team from Ostermundigen therefore received a special award for this. 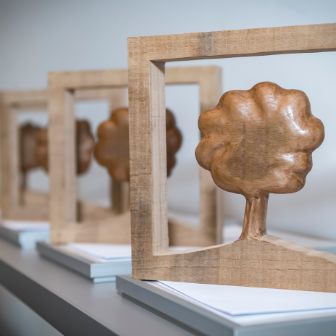 About the Emmi Sustainability Award

No one knows a company better than its employees. Emmi has used this fact for many years to boost its efficiency and cut its costs, as Emmi Operational Excellence (EOE) is fundamentally nothing more than an extensive employee suggestion scheme.

Emmi firmly believes that the knowledge of its employees is also needed to make the company more sustainable, because in addition to the four priorities that are managed top-down, the foundations for many aspects of sustainability in the company’s daily operations are set by the 6,150 people who work at Emmi.

To ensure that these foundations are laid properly, a broad understanding of sustainability must be created among employees. Besides continuous communication on smaller and larger sustainability projects along the value chain, we also use an annual sustainability motto to achieve this awareness.