“Yogurt with 3.5 % fat in milk” means that the yogurt minus the added fruit, i.e. the natural yogurt, has this fat content per 100 grams. The nutritional values, however, indicate the fat content of the final yogurt mixture including fruit per 100 grams.

Ghee (also known as clarified butter) is produced by removing the remaining butter milk after heating/melting and centrifuging the butter. The ensuing ghee consists almost entirely of pure milk fat.

All traditional butters from Emmi are made from 100% fresh milk cream. For this reason, they carry the designation “PREMIUM”. However, DIE BUTTER can also be frozen in the interim and may be made from a mixture of different types of cream.

Being sterile, UHT products do not spoil at room temperature. Nonetheless, we advise consumers to store these products at a low temperature wherever possible to best ensure that they retain their flavour.

Once opened, the following instructions apply to all Emmi products, regardless of whether or not it has undergone pasteurisation or UHT treatment:

Pasteurised products must always be kept in the refrigerator at a temperature of no more than 6°C. Please note the temperature advice on the packaging.

The raw milk is heated to a temperature of at least 72 °C for 15 seconds or to a temperature-duration combination with the same effect and immediately cooled again. Heating kills a large proportion of the bacteria. If kept refrigerated, pasteurised milk has a shelf life of around six to ten days.

The raw milk is heated to a temperature of 85-135 °C This gives it a shelf life that is longer than pasteurised milk but not as long as that of UHT milk. Furthermore, it must be stored in the refrigerator.

Studies carried out by the recognised laboratory and service centre MUVA in Kempten (Germany) have shown that organic milk contains somewhat higher amounts of omega 3 fatty acids and polyunsaturated fatty acids such as linoleic acid and linolenic acid than conventional milk. These differences are, however, accounted for less by the organic nature of the feed than they are by the influence of the green fodder provided.

In their tests, a natural, grassland-based feeding system without silage maize, as well as a sparing use of concentrated feed resulted in an increased proportion of omega 3 fatty acids in the organic milk compared to conventionally produced milk.

The fatty acid composition of milk is relatively consistent when animals are fed a fixed type of feed. It is, however, influenced in practice by the composition of the feed and the season. Based on a multitude of tests, the proportions of the individual fatty acid groups are calculated from the fat content.

Compared to organic milk, milk from grass-fed cows is subject to even stricter ecological standards:

Only raw milk from Switzerland is used to make the milk and dairy products sold under the Emmi brand. All Swiss dairy producers who supply Emmi with raw milk commit themselves in writing to fulfilling the requirements of the SUISSE GARANTIE label or those applicable to organic production.

SUISSE GARANTIE is a guarantee seal that may only be used for Swiss agricultural products. The guarantee seal is only available to producers who can demonstrate that they fulfil the required technical specifications. They must provide evidence of this as part of a product certification by an independent certification body.

The technical specifications are set out in industry regulations and include the following points: 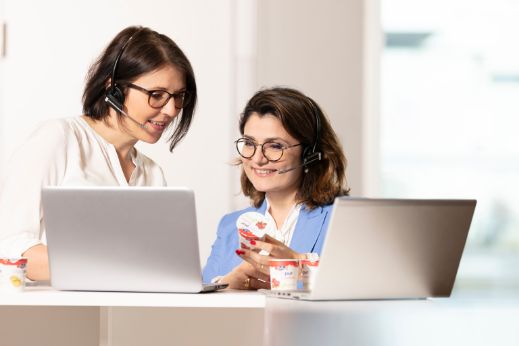